Should We Still Do Gender Reveal Parties? Pros and Cons 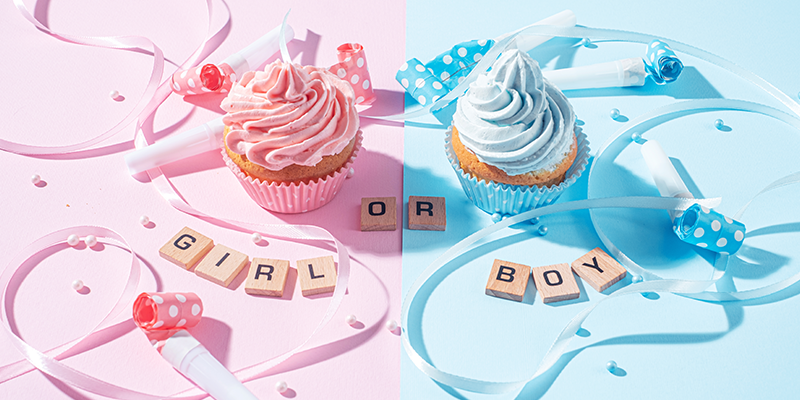 Gender reveal parties have become a popular trend in recent years, but there is some debate about whether or not they are actually dangerous and if we should continue to have them.

What Are Gender Reveal Parties?

Gender reveal parties are events held by expectant parents to announce the gender of their unborn child to their friends and family. These parties became popular in the early 2010s as a way for parents to celebrate and share the news of their pregnancy with loved ones.

Typically, the gender of the baby is revealed through a creative or elaborate activity such as cutting into a cake with pink or blue filling, popping a balloon filled with colored confetti, or releasing a flock of colored birds.

Gender reveal parties have become a popular trend in many countries around the world and are often featured on social media and other forms of media.

However, some people have taken the concept of gender reveal parties to an extreme, leading to dangerous and damaging consequences.

The Dangers of Gender Reveal Parties

Gender reveal parties have been linked to several dangerous activities, such as setting off fireworks or explosives. There have been instances where these devices have malfunctioned and caused injuries and deaths. Some gender reveal parties have resulted in accidental fires, which can be devastating for those affected — for the wildlife, the environment, and even other people.

These activities can also be harmful to the environment. Some parties involve releasing large amounts of colored powder into the air, which can contaminate soil and water supplies if not disposed of properly.

In addition, some celebrations have ended in tragedy when parents have used weapons to “reveal” the gender of their baby.

It’s important to note that the vast majority of gender reveal parties do not result in any accidents or injuries. These events are often carefully planned, and the use of pyrotechnics or other explosives is closely monitored.

In addition, there are alternative ways to celebrate the reveal of a baby’s gender that do not involve the use of potentially dangerous elements. Simply cutting into a cake with pink or blue frosting, for example, is a great and common way to celebrate without putting anyone in danger.

Another argument against gender reveal parties is that they can reinforce gender stereotypes and contribute to the societal pressure to conform to certain gender roles. Some people believe that these parties contribute to the gender binary and the idea that there are only two genders, which is not inclusive.

Gender reveal parties can also lead to gendered expectations around the unborn child by placing emphasis on traditional gender roles. This can be particularly damaging for children who do not identify with the gender assigned at birth.

The woman attributed to the origin of gender reveal parties, Jenna Karvunidis, has expressed regret for having started this craze in 2008 — particularly since her child whom she celebrated with a pink cake many years ago now prefers wearing suits.

However, it’s important to remember that gender reveal parties are ultimately about celebrating the arrival of a new family member and the joy that comes with that. They are (generally) not intended to be a platform for enforcing gender roles or stereotypes.

Ultimately, it’s up to each individual and family to decide how they want to celebrate the reveal of their baby’s gender, and there are many ways to do so that are inclusive and respectful of all genders.

Should We Continue to Have Gender Reveal Parties?

That is up to each family to decide. If you do choose to have a gender reveal party, consider the potential risks and plan carefully to ensure that the event is safe for everyone involved. Alternatively, there are many other ways to celebrate the reveal of your baby’s gender that do not involve the use of pyrotechnics or other potentially dangerous elements.

Remember to keep things simple and focus on enjoying the moment with loved ones. A gender reveal party is a time to share a special moment, not to stress over planning an elaborate event. Don’t get caught up trying to make everything perfect. Instead, relax and appreciate the occasion.

The most important thing is to focus on the joy and excitement of welcoming a new family member.

The Holiday Blues: What Are They and How Can Parents Help?
December 12, 2022

A Comprehensive Review Of The Prenatal-3 Policy Impact Roadmap: What Iowa Is Doing Right
November 15, 2022

How Parents and Childcare Providers can Prepare for Disaster
September 11, 2022

Six Common-Sense Tips For Parenting in the Digital Age
July 11, 2022